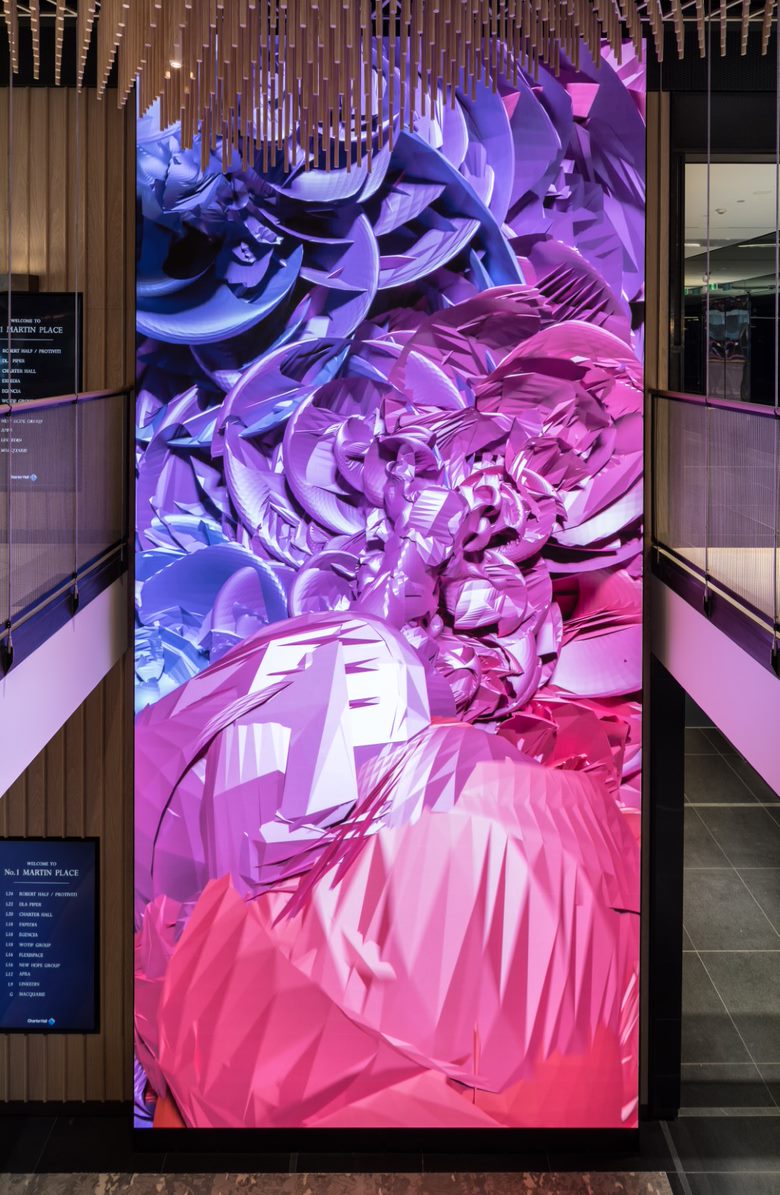 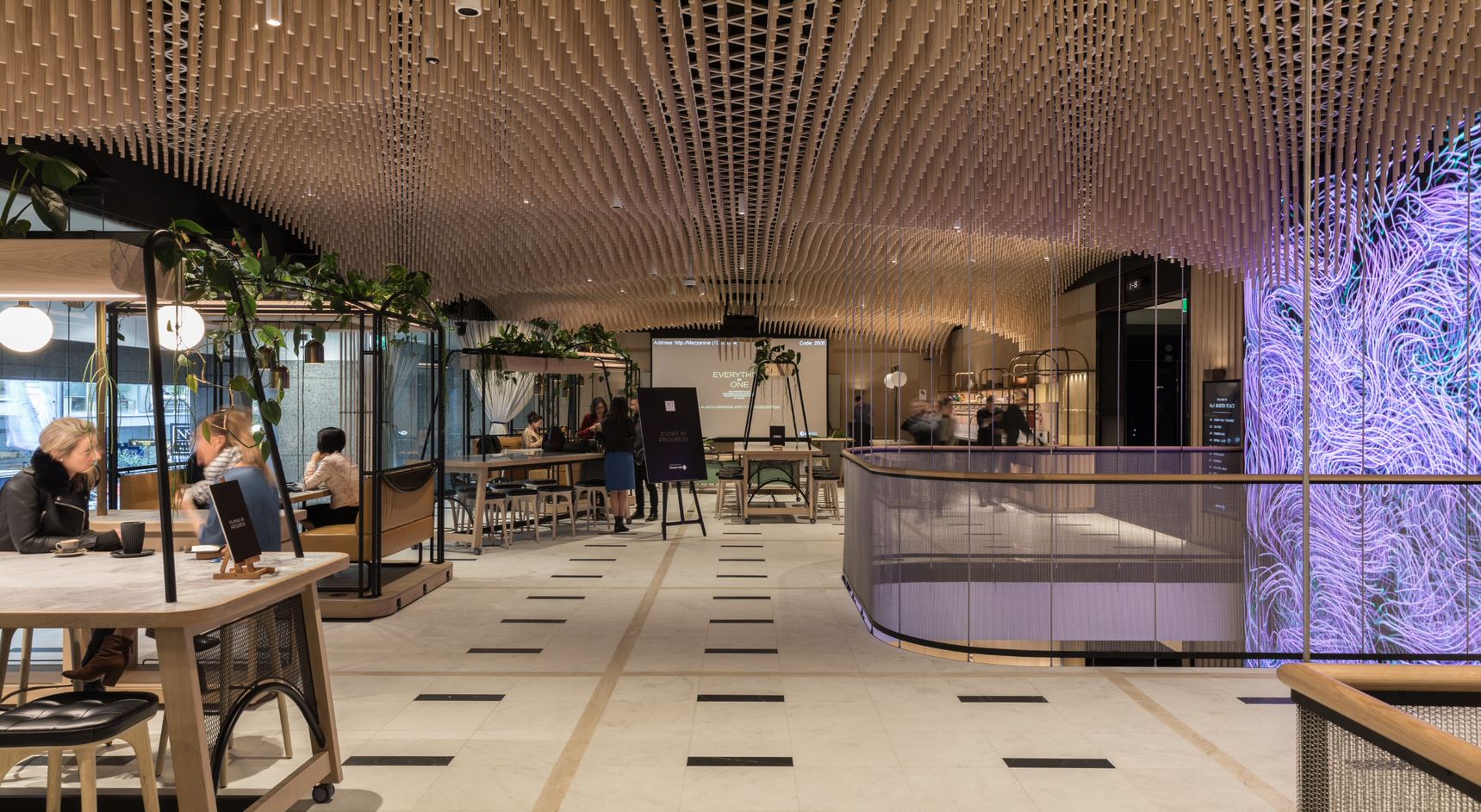 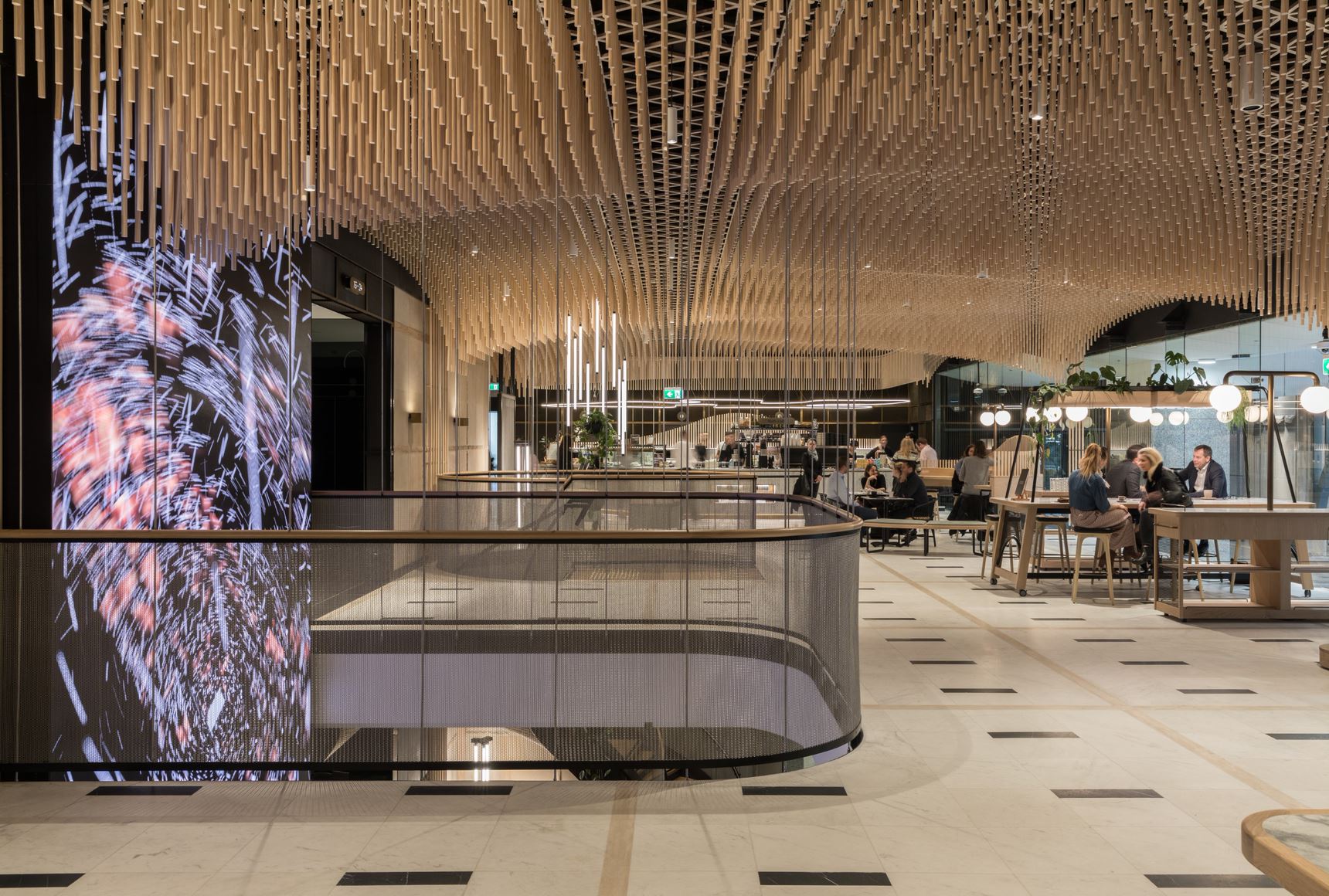 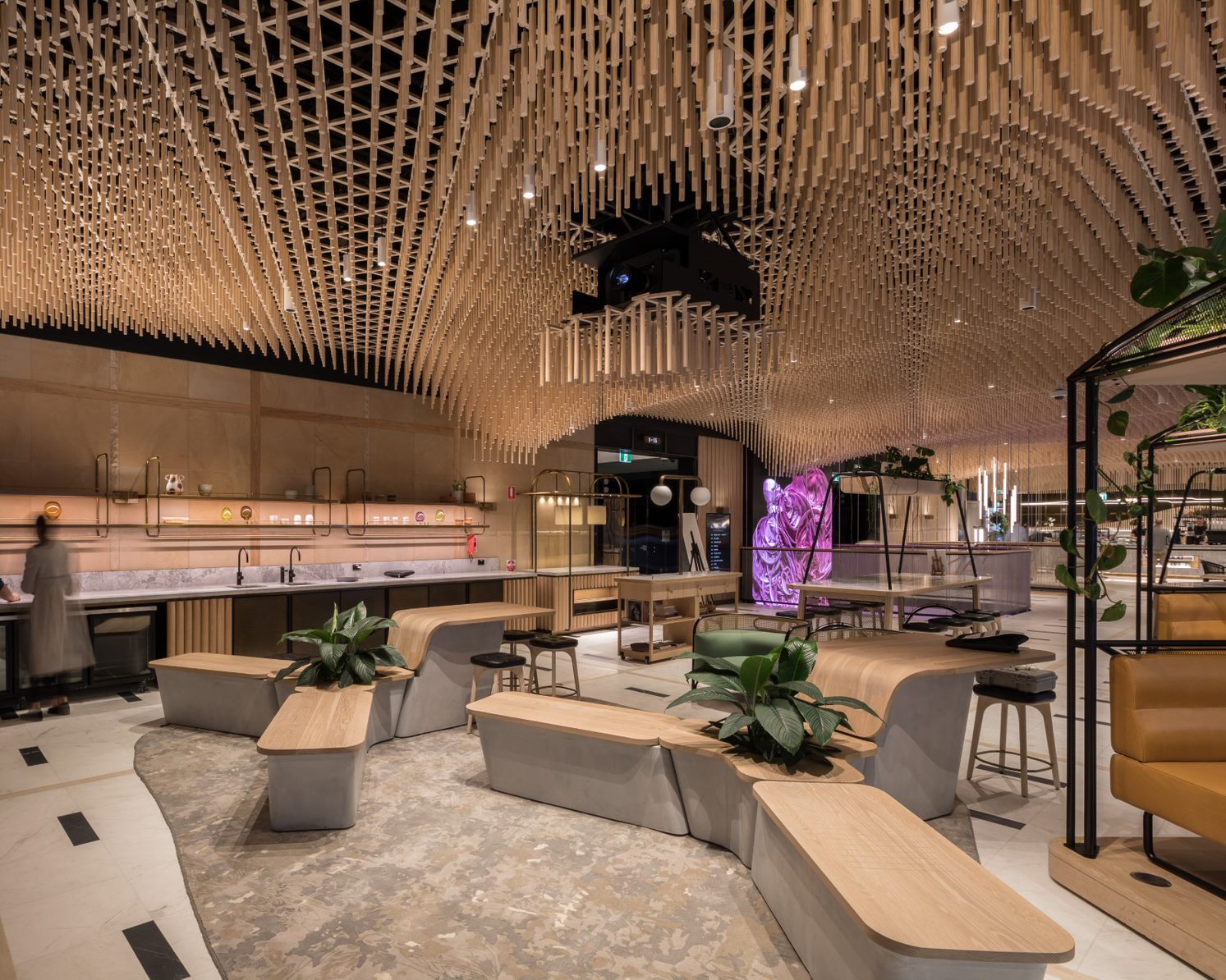 Located within a hertiage icon, Sydney’s General Post Office at 1 Martin Place, is a new vibrant and flexible tenant hub, co-working and event space for the community of businesses who call the 1 Martin Place tower home.

POMT was initially engaged by the buildings owner, Charter Hall to work alongside the project team including DJC Consulting, Adriano Pupilli Architects, Siren Design, Koskela, David Becker, Partridge Engineers and Wood and Grieve in a consultancy capacity to design the technology and experiential elements of the space.

The brief called for the activation of a previously under utilised area which would be designed to feature event and multi-purpose technology as well as an experiential LED feature display linking the ground floor lobby entry with the virbant mezzanine event and cafe space. The 8 meter high LED display is no doubt the showcase technology feature however the most challenging feature of the design was the complex yet seamless integration of the technology within the architecture. The heritage fabic has been respected and integrated with features such as the intricate timber dowel ceiling which incorporates custom designed concealed speakers and a heavy duty hidden projection lift and screen which is concealed when not in use.

POMT transitioned into an implementation role for the project delivery working with the team from Graphite projects to see the project through to completion. Physical access and operational constraints made the delivery challenging as well as the final programming and commissioning including content development and testing but the outcome is well worth it. The collective space being one of the most innovating and interesting adaptations of commercial public space within Sydney.